On this 2-day course you will learn all about working with graphite pencil from experienced artist Jamie Boots.

Graphite pencil can be used to produce so much more than just a sketch.

Jamie will show participants that. whether or not you are using a pencil that is blunt or sharp, pressing lightly or hard, or using a variety of tones, the realistic texture of skin, fur and the glassy look of an eye can be achieved. 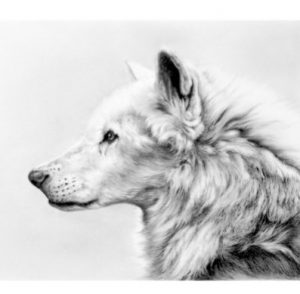 Example of work by Jamie Boots

With a natural history theme this is an introduction to various ink drawing tools and surfaces, with a focus on penning and brushing techniques. A look at creating high contrasts, shading, tones and line styles with small examples in sketchbooks and various papers. Get ready for Inktober 2019 on Instagram, a world wide motivational challenge to encourage you to get inky, to be inspired and improve your drawing skills and share your results. 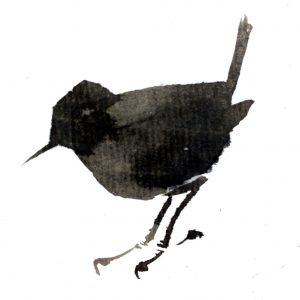 Glass fusing is joining two or more layers of glass through heating in a kiln.

There are several techniques that can be adapted to this basic principle some of which give surprising results. This 1-day course will teach some of those techniques alongside glass cutting (if you are new or in need of a refresher) and consist of glass layering, use of glass frits, powders and encapsulation between layers of glass.

The course will guide you in designing and making either 4 glass coasters or a larger, flat piece of art glass. These will then be fired in a kiln and ready for collection after the course. 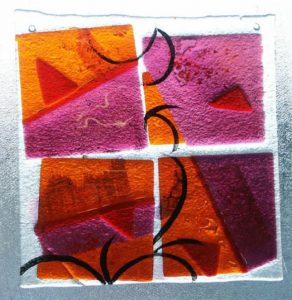 This course is a wonderful introduction to the world of coloured pencil techniques. Learn the art of layering and blending Derwent Coloursoft Pencils whilst using different pencil strokes to create the textures required for the  subject. All materials will be supplied including a line drawing to trace for those not wishing to draw free hand. 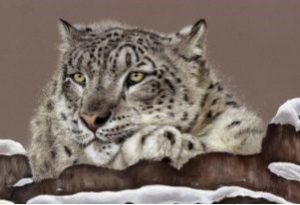 Example of work by Karen Coulson

An illustrated talk by Tim Craven 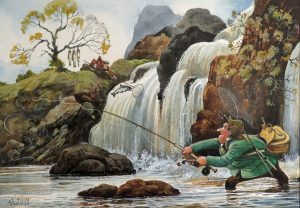 Tim Craven is an artist, former Curator at Southampton City Art Gallery and well known to Nature in Art. This talk traces the life, passions and artistic development of  Norman Thelwell from his early years and formative wartime experiences to his subsequent rise to become one of the nation’s best known and loved cartoonists of his era. His works were full of beautifully observed detail and mainly of rural subjects,  including country and leisure pursuits, sport, house sales and renovation, stately homes, gardening and sailing. Thelwell also was an early and passionate campaigner for the environment and a master of watercolour landscapes. A fascinating evening for all.

TICKETS MUST BE BOOKED IN ADVANCE PLEASE

Wallsworth Evenings are held every month.

Since January we have been delighted to have had Bella Lucchesi join us for a day a week as Nature in Art’s Curatorial Trainee. Bella is from the USA and is undertaking an MA in Curating at UWE, Bristol. As part of her course she has been working closely with Collections Officer Emily Cooper to assemble this display. It is based on the Fibonacci Sequence and the Golden Ratio; how it appears in nature, and in works of art (whether that be by chance or design) and exploring its suggested relationship to beauty. It follows on well from David Trapnell’s talk earlier in the year ‘Is Beauty in the eye of the beholder?’. Here Bella introduces the selection of works …

The Fibonacci sequence is a series of numbers, starting from 0 where every number is the sum of the two numbers preceding it. The Golden Ratio is a number that’s equal to approximately 1.618. This number, often known as “phi” from the Greek alphabet, is in fact not equal to precisely 1.618 because it is an irrational number – meaning that its decimal digits carry on forever without repeating a pattern.

Although these are separate terms, coincidentally they closely relate to each other in many ways. If one takes any two successive   Fibonacci numbers, their ratio is very close to the Golden ratio. As the numbers get higher, the ratio becomes even closer to 1.618. For example, the ratio of 3 to 5 is 1.666. But the ratio of 13 to 21 is 1.625.  Getting even higher, the ratio of 144 to 233 is 1.618. These numbers are all successive numbers in the Fibonacci sequence. These numbers can also be applied to the proportions of a rectangle, called the Golden rectangle. This is thought as one of the most visually satisfying geometric forms and has been applied in numerous creative disciplines for centuries.

These concepts appear frequently in art compositions as well as in nature, whether that is in the florets of a sunflower, pine cone seeds or sea shells. This exhibition will investigate these terms in relation to nature and art and hopefully act as a starting point for visitors own explorations into art and nature. Most of the paintings, prints and 3D items have been selected from our collection but there are also a number of items on loan from artists and Gallery Pangolin, to whom we express our thanks.

Even if the Fibonacci numbers and Golden Ratio seem daunting to you, there’s much to inspire and set the mind thinking in this selection. Come and see!

Preview Evening and Panel Discussion on the Fibonacci sequence by leading experts in different fields of interest.

Join us for the preview evening of Nature’s Code including a fascinating discussion surrounding the Fibonacci sequence. Alongside the exhibition, this panel discussion between experts from the fields of mathematics, music and art will dicuss and debate the sequence and how it relates to and intertwines these wide ranging subjects.

Doors open 7pm to view the Nature’s Code exhibtion and other galleries. Talk starts at 8.00pm

This is a two day course that will show you how to sketch buildings and architectural detail with waterproof black ink pen and watercolour wash. Using photos supplied by the tutor you will be shown how to use the pen with watercolour paint both before and after painting. Techniques taught will include colour mixing, brush technique, light and dark, drawing with a pen and how to loosen up to achieve expressive sketches. By the end of the course you will have produced a few sketches to take home with you. Suitable for beginners and students with some knowledge of the medium. 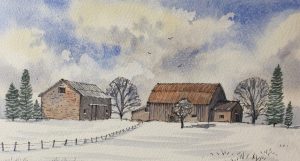 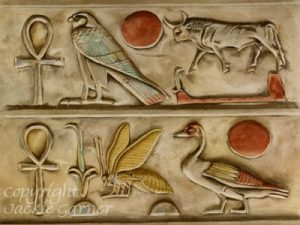 An illustrated talk by Jackie Garner
Jackie Garner takes us back to the times of the ancients, with images from her latest trip to Egypt. Take a glimpse into the tombs and temples and discover the variety of art styles that adorned the resting places from the workers to the wealthy. What links a 3500 year old tomb painting to a modern pop song? How do we know that Sennefer was a wine buff? Find out during this captivating talk. Jackie was our Education Officer at Nature in Art and is now an established and popular artist, speaker, tutor, guide and author. Her paintings have been shown on BBC television and are held in collections as far afield as the Falkland Islands, Trinidad, Australia and the USA.

This is a course for all abilities who have an interest in learning to paint the colour, energy and vitality found in a Garden Border.

Working from photos that inspire, from views of your own garden or a garden you have visited you can work in a personal way with close up views of plants in detail or a looser more abstract, atmospheric view. You can paint in a way that appeals to you.

You can paint in Gouache,Acrylic or Oil paints on paper,board or canvas. 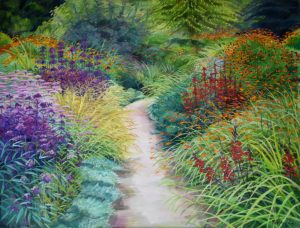