As a lover of animals, the Wildlife Photographer of the Year Exhibit was extraordinary. Not only are the photos in amazing HD Quality, but there was also a movie element showing other entries that were voted as “people’s choice awards.”

The exhibit was defi 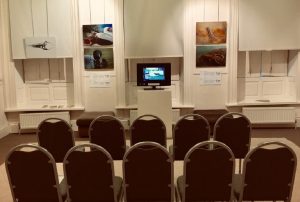 nitely an experience, and one you should not see if you fear getting emotional in public. My experience was one I won’t be forgetting any time soon.

The exhibit had a large array of photos. Some showed beautiful animals and breath-taking natural views, others were comedic, like the photo entitled “Looking for Love” by Tony Wong where a very unattractive and rather funny-looking fish seems to be smiling for the camera. Others were brutal, showing fierce battles between animals, or gruesome and rather off putting mating rituals. However, what I definitely was not expecting was how incredibly sad some were. 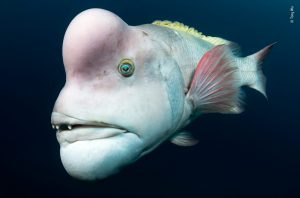 It could have been the picture itself, like “autopsy” by Antonio Olmos depicting a newly deceased tiger on an operating table, or it could have been the description, explaining that the beautiful creature in the photo was now extinct due to poachers. The one that really made me tear up was “Kuhirwa Mourns her Baby” by Ricardo Núñez Montero, where a gorilla is holding her dead, skeletal child in her arms. In its description it says that the female “gorilla would not give up on her dead baby. Initially she cu 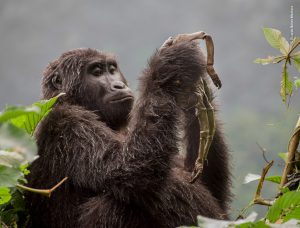 ddled and groomed the tiny corpse, carrying it piggyback like the other mothers. Weeks later, she started to eat what was left of it”. However, as my emotions dulled after leaving the exhibition, I was left with facts that not only surprised, but entertained me.

Did you know that the tiny and colourful yellow pygmy goby often inhabits old worm holes or empty bottles or cans, lays several batches of eggs, while the male takes on guard duty to defend from intruders? That red deer shed their antlers every winter, which are made of bone, and when spring comes they regrow with a protective covering called velvet? Alongside every photo is information on how the photo was taken and interesting facts on the subject. I felt like I had seen beautiful photos come to life.

I left with a whirlwind of emotions, but more importantly, I left with the feeling that I didn’t waste my time. I learned so much and got so much out of it that when I got home I looked up the show again online and started to research different parts of the world and different plants and animals that had interested me. I think that is all you can really ask for in an exhibit: where you become so interested and inspired that you take the time to look up certain aspects of the exhibition on your own. Isn’t that the point of an exhibition anyway? To get people involved. To get people interested. To create something that people will remember.